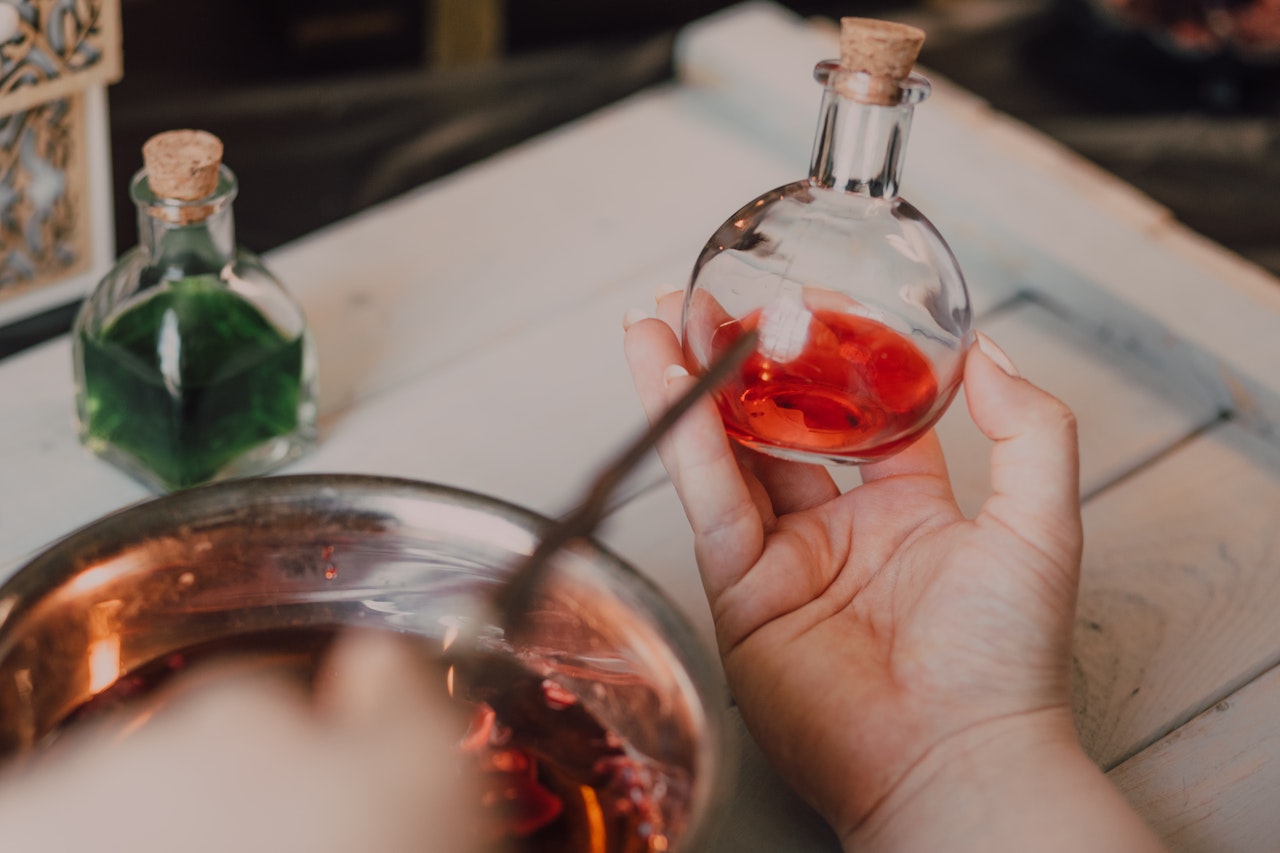 I will often receive calls from people frantically telling me they’re hexed. I suppose during this time of year the power of suggestion gets more folks to imagine their life is chaos because they’ve somehow been bedeviled.
Yes, I have seen situations where a client is indeed the victim of a hex. Perhaps there’s some jealous frenemy or a bitter co-worker with too much time on their hands.
But most times the client is casting a spell on themselves. They believe something other than their own actions are creating their suffering.
It’s so easy for us to cast spells on ourselves by believing some lie or another.
“No matter what I do, I can’t get ahead.”
“I have to be or do x to get y.”
“Only those kinds of men get women like that.” And so on.
The more we play these tapes in our heads, the more we do things that create the very circumstances we want to avoid. I know. I’ve done it plenty of times.
So how do you know if you’re hexed or if you’re screwing yourself over?
There are many home tests. A good old-fashioned matchstick test will do in a pinch.
Throw two matchsticks one at a time into a bowl of water.
If they don’t touch, you’re good.
If they do touch, someone has tried to hex you, but the spell was unsuccessful. So, there’s nothing to worry about.
If they cross, then you need to get yourself to a practitioner who can verify the crossing and release the spell.
You might do the matchstick test and discover that you’ve been had. There are a lot of unethical, janky ass influencers teaching black magick nowadays. So, it is becoming more common. In extreme cases, I will refer you to a responsible practitioner who can release the spell for you.
If you find that you’ve crossed your own damn self, I can definitely help. Shadow Hunting is my specialty. I can show you how to get out of the mouse traps you’ve created for yourself.
Being human makes it hard to see around our own shadows. It can be difficult to admit we’ve caused our own suffering and switch course. It can also be liberating! With good guidance, you can find peace in embracing your own power. You just need a little compassion and encouragement to change your mind.
Readings, Soul & Spiritual Development
Prev post